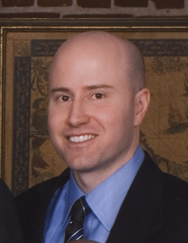 Jeff was born in Sacramento, California in 1975. He was influenced early in life by his father’s successful F.E.L.A. practice. He attended Loyola Marymount University in Los Angeles, California, where he earned his Bachelor of Arts degree in History with a minor in Political Science in 1997.

Jeff returned to Sacramento in 1997 and attended McGeorge School of Law and graduated with a J.D. in 2000. Working as a law clerk with The Crow Law Offices following his first year of law school, Jeff had his desire to be a civil litigator further strengthened. During Jeff’s third year of law school, he received the Witkin Award for Academic Excellence in Family Law.

In 2000, Jeff joined The Crow Law Offices as an associate attorney and has since gained experience handling personal injury and F.E.L.A. cases. Jeff became a partner at the Crow Law Offices in 2010. Jeff is licensed to practice law in the State of California and both the Eastern and Northern Federal District Courts. He is also a member of the Consumer Attorneys of California, the Sacramento County Consumer Attorneys, and the American Bar Association.