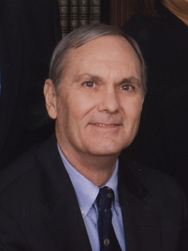 American Board of Trial Advocates

Rick Crow was born in Pasadena, California in 1951 and graduated from the University of Washington in 1973. He then attended Hastings College of Law, University of California, where he graduated with a Juris Doctor of Law degree in 1976. Rick has retired after practicing law in California for over 25 years. He also served as a Pro Tem Judge in the Sacramento County Superior Court. In 1990 Rick was admitted in Colorado.

Mr. Crow represented clients in the F.E.L.A. arena, as well as other personal injury and wrongful death claims, throughout the Western United States for over 25 years. He has represented all crafts of railroad workers and has handled cases from Washington, Oregon, Idaho, Wyoming, Nebraska, Utah, Nevada and Arizona in addition to areas throughout California and Colorado.