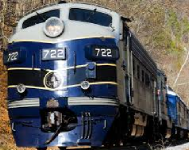 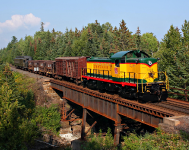 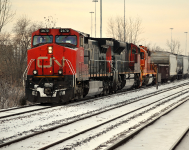 The F.E.L.A. is the sole and exclusive remedy in an action by a railroad employee against his employer. A lawsuit may not be brought under any other statute. Safety Appliance and Boiler Inspection Act cases are brought under the F.E.L.A..

While workers in most other industries are covered by state worker's compensation systems that limit recovery to economic losses only, the F.E.L.A. allows railroad employees to recover the following types of damages, typically paid in a lump sum:

In case of personal injury, only the injured employee (or, if incapacitated, the appointed representative) may recover damages.

Dependency is necessary to recover in a death action under the F.E.L.A. Testimony of dependency is sufficient to create a matter for consideration by the jury, in the absence of evidence of dependency. In a death case, recovery can be made by the personal representative for the surviving spouse or child and, if none, by the personal representative of the next of kin dependent upon the decedent for support. A spouse may recover if separated, but not divorced. Illegitimate children are considered "children" under the act. A parent does not have the right to recover for the death of a minor child. A child who is not the decedent's natural child must have been legally adopted by the decedent before he would have a right to recover for the death of the decedent. A daughter who is married and being supported cannot recover for the death of the parent. A parent cannot recover if the spouse of the decedent is living.

Recoverable damages include pain and suffering for that period between injury and death and funeral expenses. Dependents can recover only that portion of a decedent's earnings which were being contributed to their actual support.

A lawsuit must generally be brought in the federal judicial district or in the state court in the state where the accident occurred. The appropriate legal jurisdiction is determined by considering where the plaintiff and most witnesses (including factual and medical witnesses) reside. For example, if a California resident is injured in Nevada, and all of the witnesses live in California, the lawsuit should properly be filed in California. If it was filed in Nevada, the railroad would undoubtedly be granted a motion to transfer the case to California under the rule of "forum non conveniens."

Bringing suit in another federal judicial district or state court will probably result in a request for removal by either the defendant or court. It should be noted that, when a lawsuit is filed in the state court, procedural matters are governed by state law, but matters of substance are governed by federal law.

In cases involving occupational disease or cumulative trauma disorders (asbestosis, hearing loss, carpal tunnel syndrome, etc.), the limitation period is 3 years from the date of discovery of the disease and its relationship to the occupation.

In cases involving defendants other than railroad companies, the statute of limitations is 2 years in California. (Each state is different.)