What Employees Should Know About Railroad Companies 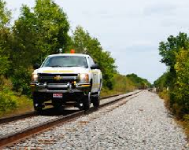 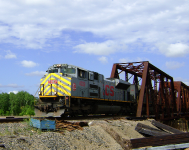 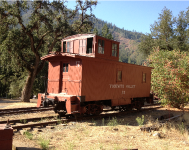 Railroad Companies are in Business to Make a Profit

Most Class I railroads are publicly traded companies which means they are owned by and accountable to shareholders. These shareholders want increasing stock prices and/or payment of dividends. Because Wall Street tends to look favorably on companies that bring positive results to the bottom line, railroads must continue to strive toward profitability. The simplest way to do so is improve income and reduce costs. Some of the methods used to reduce costs are:

Typically, one of the largest cost elements for any company is labor expense. In an effort to reduce costs and develop more efficient business methods, railroad companies have focused their efforts on downsizing the work force.

In contrast, from 1990 to 1995, total train miles increased 10% while employee hours decreased 7.8%, indicating improved efficiency with the existing work force.

Every year thousands of railroad employees are injured and some are killed while on duty. Railroad employment is not covered by worker's compensation, therefore, the cost of injuries must be paid by some form of insurance or out of the company's pockets. Years ago railroad companies decided to cover these losses out of their own pockets through what is called "self insurance." Simply stated, they pay for injury losses out of current revenues.

Naturally, as a self insured company that reports to shareholders, it is in the company's best interest to minimize injury losses. While work force reduction has succeeded in slimming the total number of claims, the average claim amount paid has increased.

To combat employee injury claims, the railroad utilizes a system of internal claim agents. Claim agents are employees of the railroad hired with the sole purpose of protecting the railroad's interest and saving the company money. All too often the railroad companies, through claim agents and other methods, succeed in dodging their just, lawful responsibility.

Remember: Claim Agents are Not on the Side of Employees!

The United States Supreme Court, in a decision rendered on April 20, 1964, stated:

"Injured workers or their families often fall prey on the one hand to persuasive claims adjusters eager to gain a quick and cheap settlement for their railroad employers, or on the other to lawyers either not competent to try these lawsuits against the able railroad counsel or too willing to settle a case for a quick dollar."