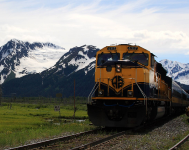 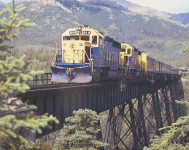 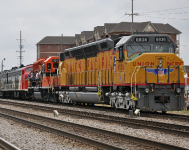 Terminal companies that do not own rolling stock, but maintain facilities for railroads and control the movement of trains upon their property, are subject to the provisions of F.E.L.A., as are railroad subsidiaries that function as railroad carriers engaged in interstate commerce.

The F.E.L.A. does not apply to railroads that only handle goods originating in the same state where that railroad operates. For example, in Blount v. Parish Lines Railway, the court held that Parish Lines was not engaged in interstate commerce because the sole purpose of the line was to carry gravel from a mine to an interstate carrier some 6.3 miles away within the same state.

Court interpretations of the act have usually excluded companies that are not "railroads" such as freight forwarders, express companies, builders or operators of freight cars and companies that lease refrigerator or other cars to the railroads.

One such interpretation can be found in the case of Fawcett v. Missouri Pacific where the plaintiff worked for Missouri Pacific Truck Lines, a wholly-owned subsidiary of the railroad. His activities were not the railroad's and his supervisor was not a railroad employee. In holding that the act did not apply, the Court said:

"We should be alert to the fact that this statute is applicable to railroad employees in interstate transportation as opposed to those engaged in other occupations. Such an extension of coverage might well deprive a widow and children, as it would here, of their rights under a state compensation act where their right of recovery would not depend upon proof of negligence."

Employees Covered by the Act

Prior to 1939, a railroad employee had to actually be engaged in interstate commerce at the instant of a negligent injury in order to be covered by the F.E.L.A. This typically meant that only trainmen and enginemen directly involved in the interstate transportation of goods or people were covered by the F.E.L.A. Someone engaged in peripheral duties, such as a maintenance or clerical worker, was not covered.

The 1939 amendment broadened the coverage of the Act to include other railroad workers whose duties in any way directly or closely and substantially affect interstate commerce. InReed v. Pennsylvania Railroad, a file clerk in the home office was injured when a cracked office window pane blew in. The Court held that she was covered.

Today it can generally be presumed that coverage under the F.E.L.A. extends to any employee of a railroad regulated by the act.

F.E.L.A. may also apply to someone who is not actually employed by a railroad but may be considered an "employee" of that railroad. For example, if the railroad hires an independent contractor whose foreman is injured while under the direct supervision of a railroad employee, the jury may be entitled to consider the contractor an "employee" within the meaning of the act. Generally, the decision rests upon the degree of control the railroad and its officers or agents had over the injured person. Indicators of control include who paid the wages, whose employee supervised the injured person and who supplied the tools or materials being used at the time.

In circumstances when an employee of one railroad is loaned temporarily to another railroad, the only question to be resolved is which railroad is liable for the damages resulting from injury.